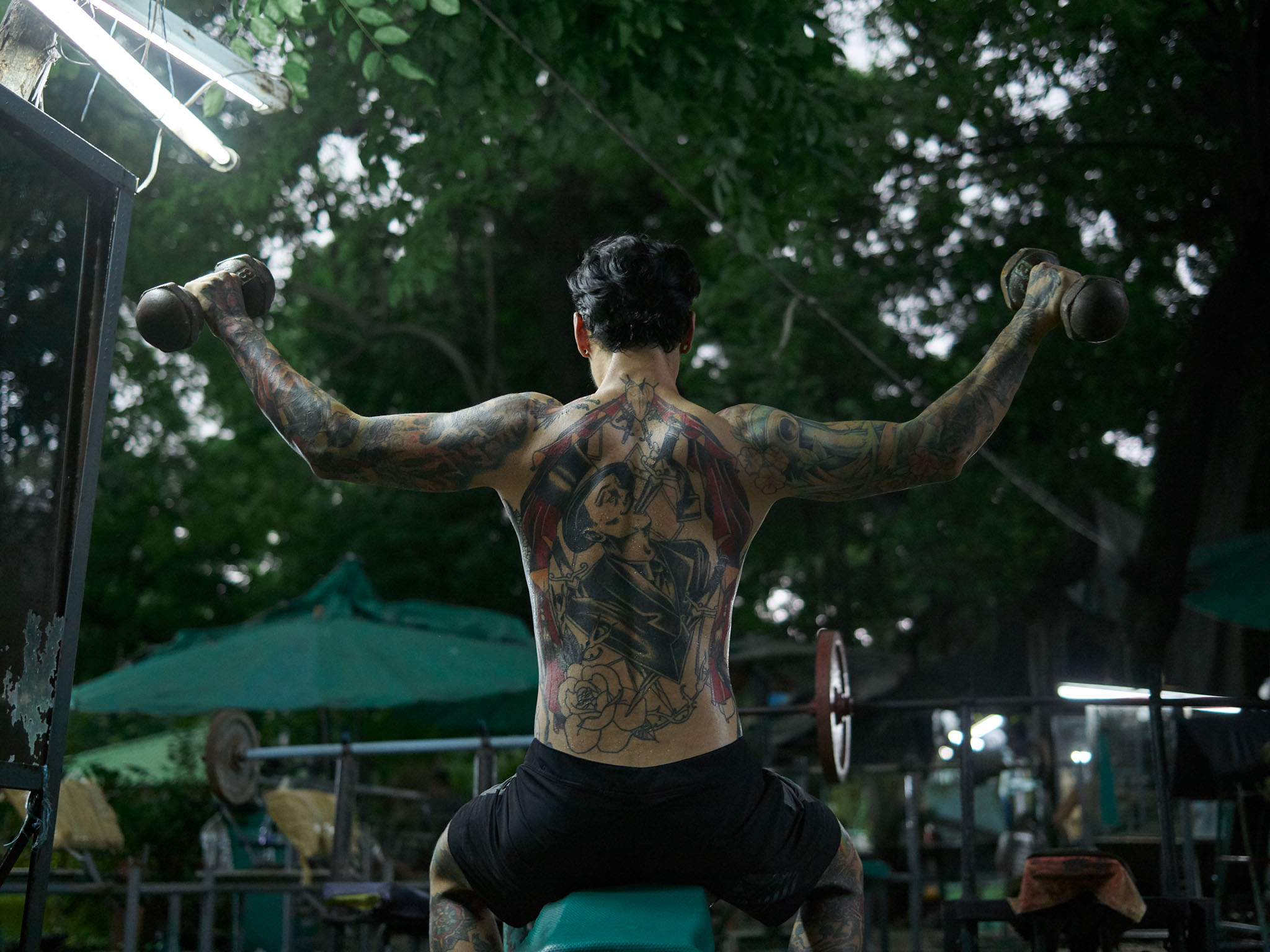 It was our crew’s day off in Bangkok during a commercial shoot with David Beckham. I was pretty fired up after shooting with David- who is really collaborative and easy to work with, but there was a down day in between setups. I had the entire day to relax and explore the city, but I felt that pulse deep down inside me I get when I want to keep shooting. For years and years people have told me I should try to relax, try to slow down, but the reality is I don’t know how to switch this instinct off, nor do I ever want to learn how.

I was walking down the street looking for some food when I stumbled across this outdoor gym nestled inside a public park. There it was… rusting gym equipment effortlessly blended into the soil, trees and vines surrounding it. It was almost like the gym belonged in this corner of what seemed to be a jungle. To top it all off, there were fluorescent tube lights installed above the workout area mirrors which off of a little gas generator. It was almost like it had been a movie set. The creative gears started turning in my brain.

I looked around and tried to talk to a local guy who collected a small gym entrance fee under a giant tree in the center of the gym. He was sitting under an umbrella, listening to his radio. I used Google translate on my phone to type something in Thai. Something along the lines of “can I take pictures of your gym?” To which he simply responded with a smile and “pay to enter and you can take whatever photos you want.” 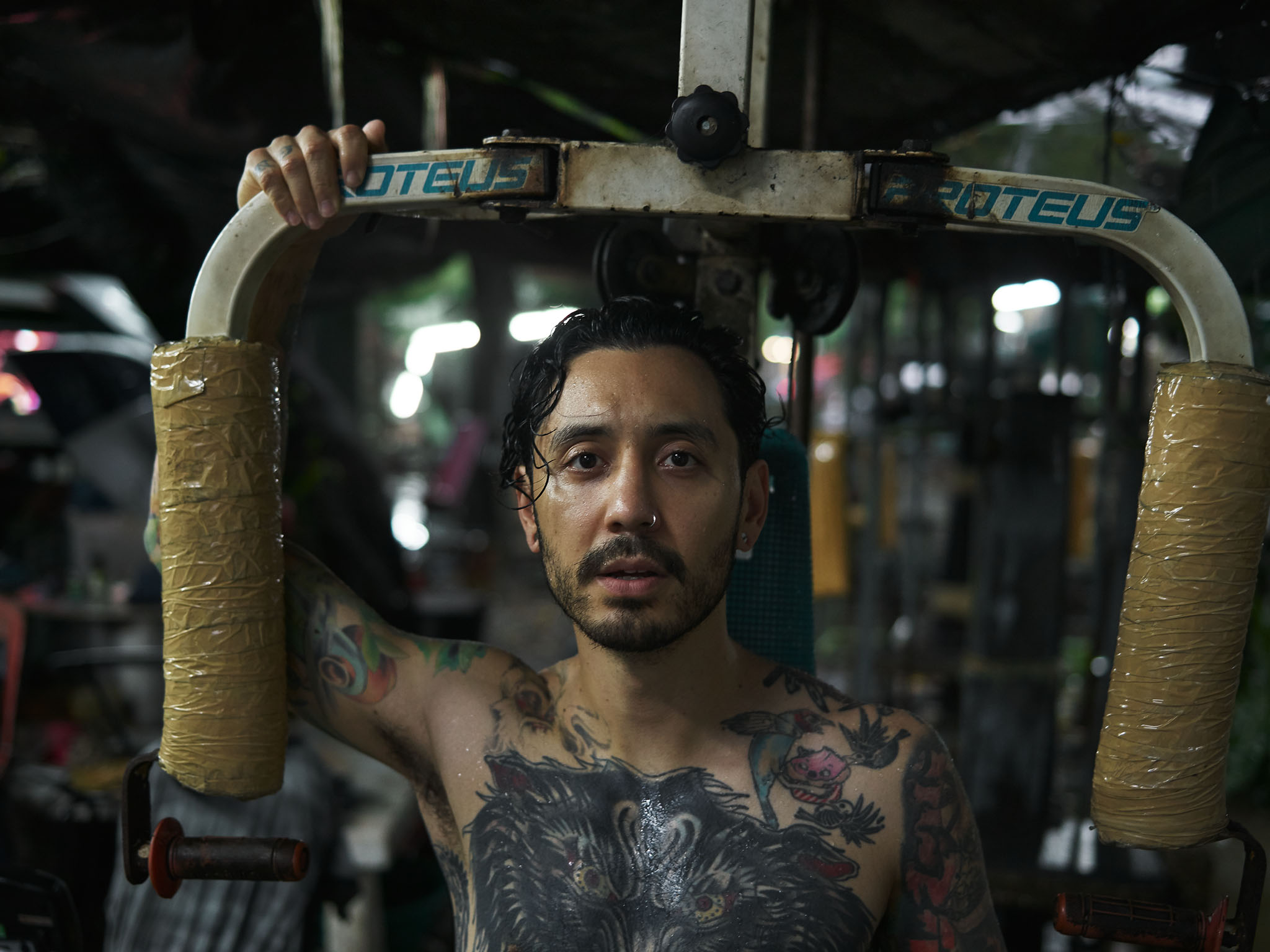 Next, I needed to find a good subject to immerse in this incredible environment. David was busy shooting with the motion team. Thai locals were coming and going and happy to be photographed, but I needed to find a single subject I could dedicate proper time to. Suddenly, it occurred to me I was traveling with someone who would be perfect: my own friend Jesse Korman, who was our digital tech (responsible for on-set camera tethering and image back-up) during the shoot. Jesse also happens to be into working out, and insanely photogenic. His body is covered in a hodgepodge of tattoos collected over a lifetime of touring as a musician. What more could I ask for?

I sent Jesse a Whatsapp message of the location in front of me. Jesse is also obsessed with photography and admitted he also didn’t know what to do with himself when we weren’t working. Within 30 minutes, Jesse arrived to what we then coined the “jungle gym.”

As we began shooting. I really just followed Jesse as he did his own thing working out, but placed him strategically for compositional purposes. I wanted to capture dynamic photos that revealed the complex layers embedded within the location. The lighting, the mood, and the essence of the place. Since we were shooting, Jesse had to work out longer and harder than normal, which added to the intensity of his expressions. 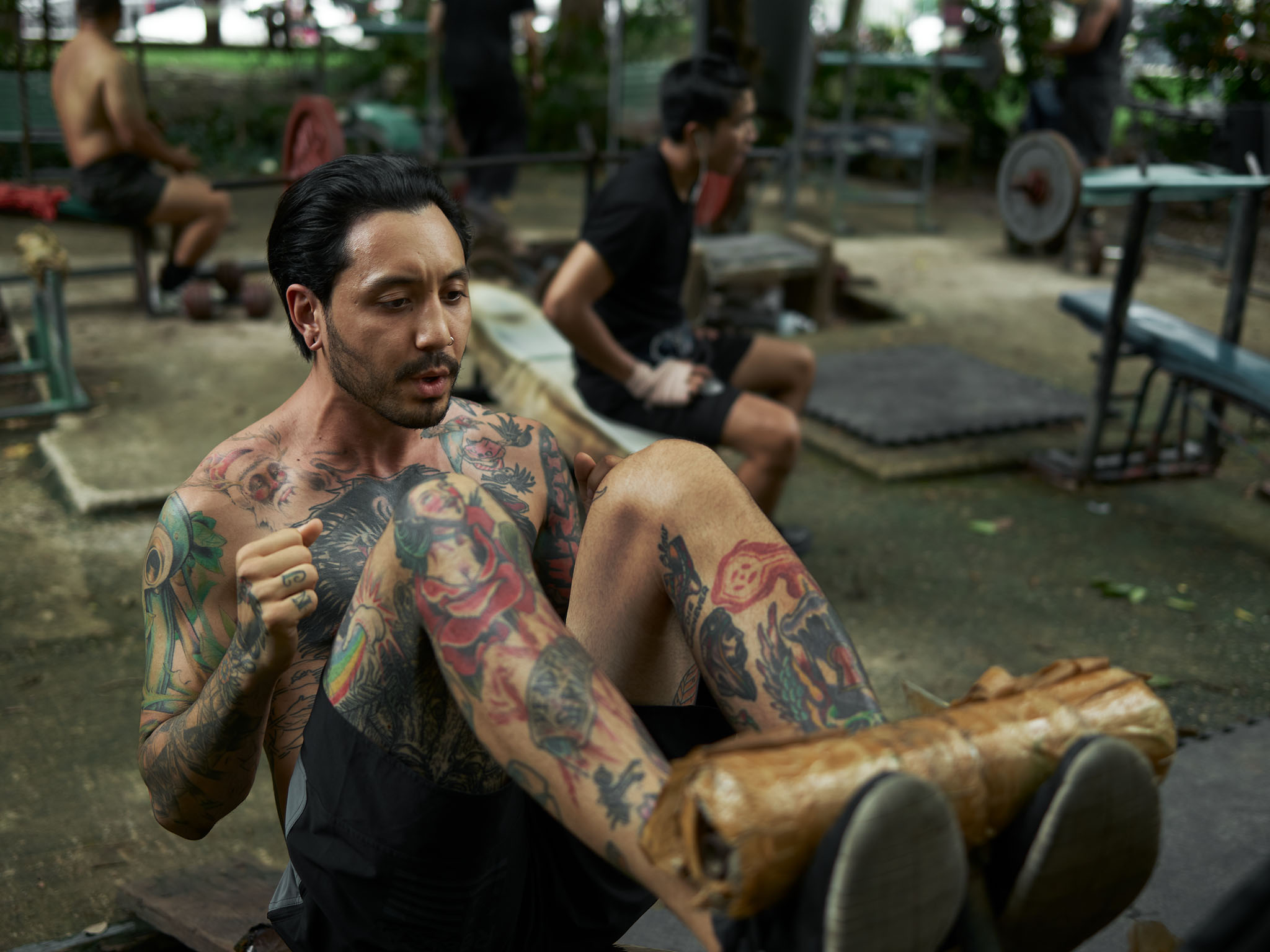 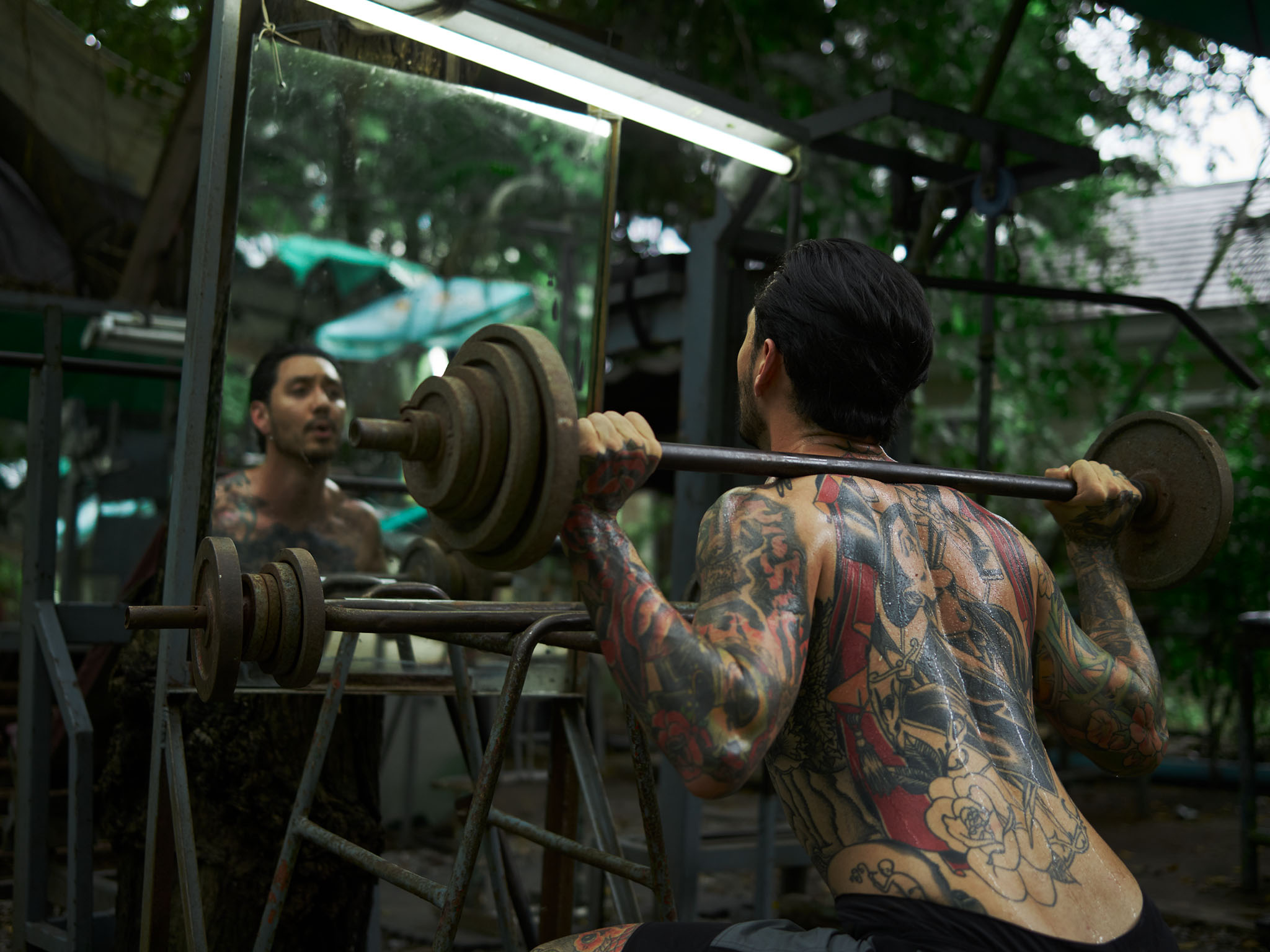 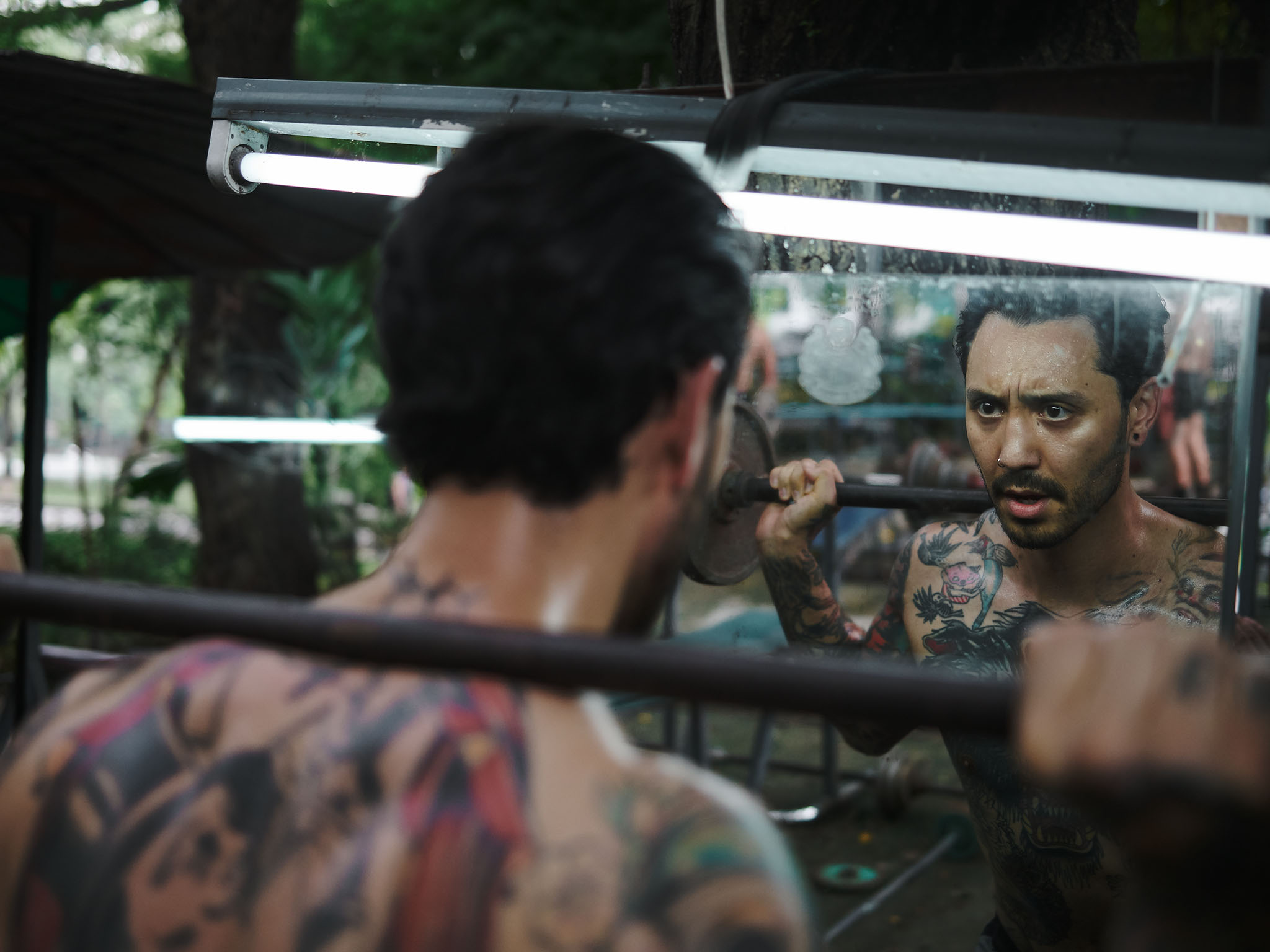 To think things couldn't align any further, it suddenly started pouring rain while we were shooting. Instead of trying to protect my camera, like any responsible photographer should do, I stayed following Jesse’s workouts. To get this kind of rain effect on a planned production shoot would be expensive, but here it was just serendipitously happening for us. I found a plastic garbage bag someone had left on the ground and continued shooting with it wrapped around my camera, alternating between hiding under the umbrellas of the gym, and leaping out to grab photos. 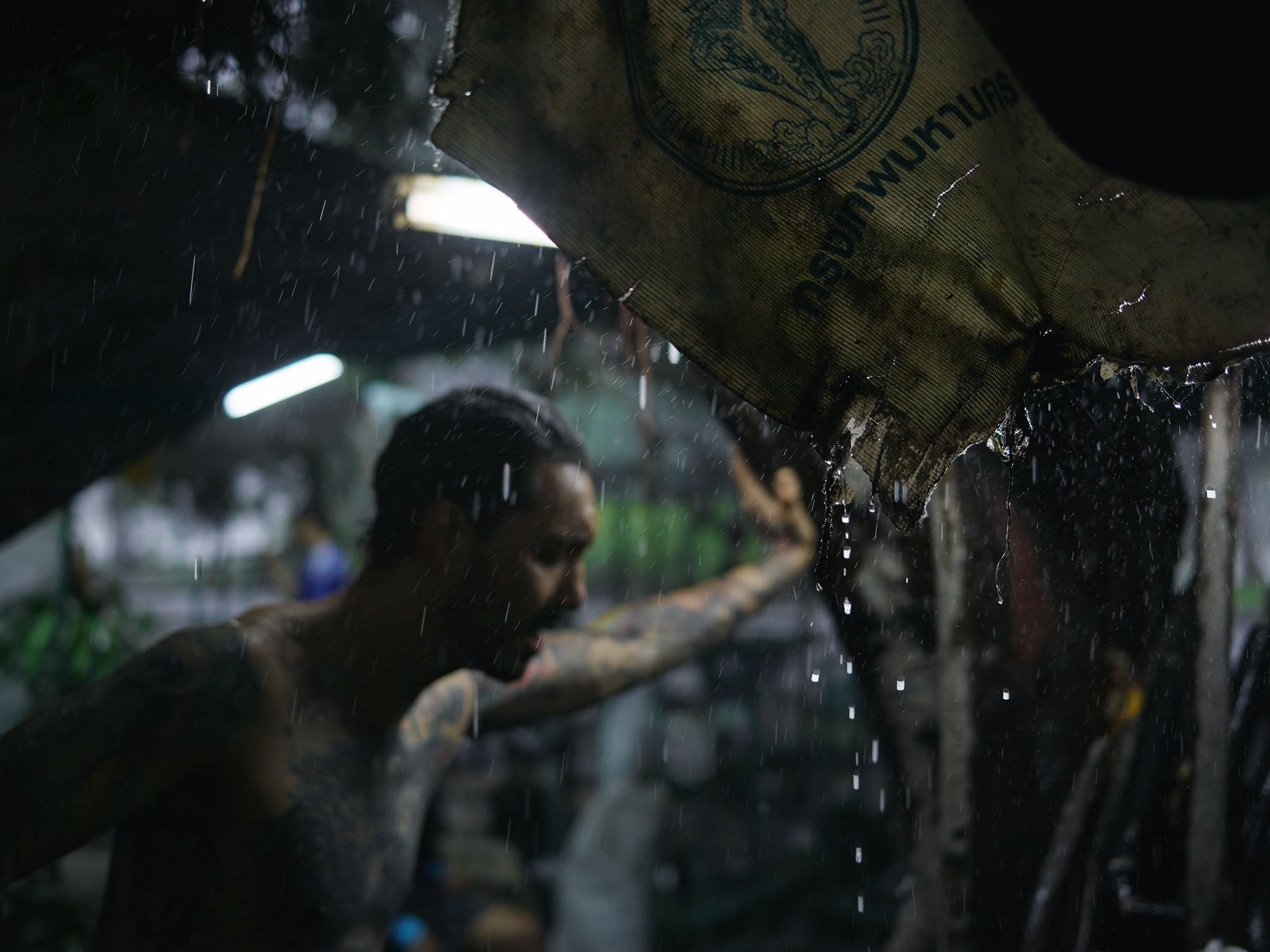 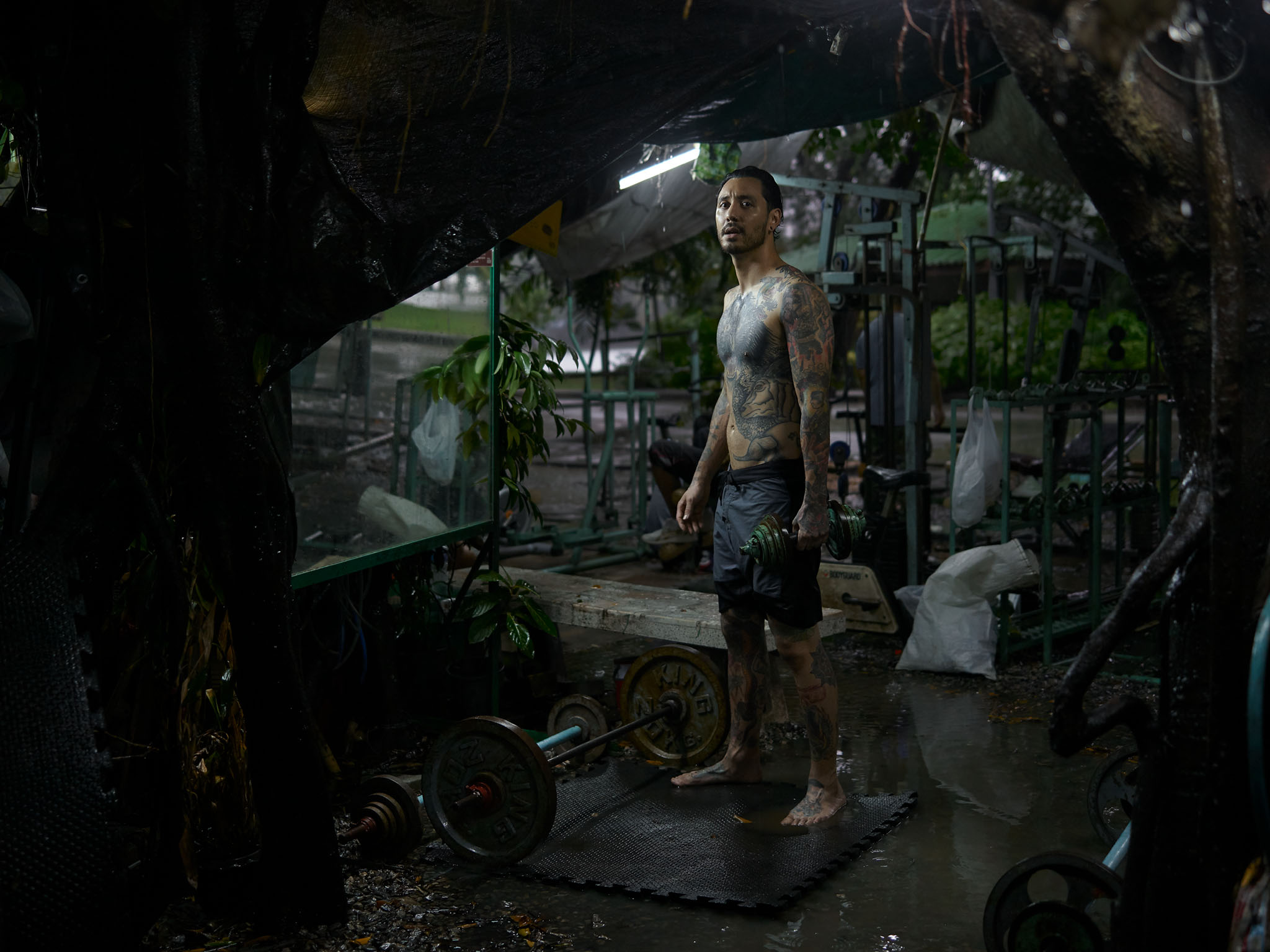 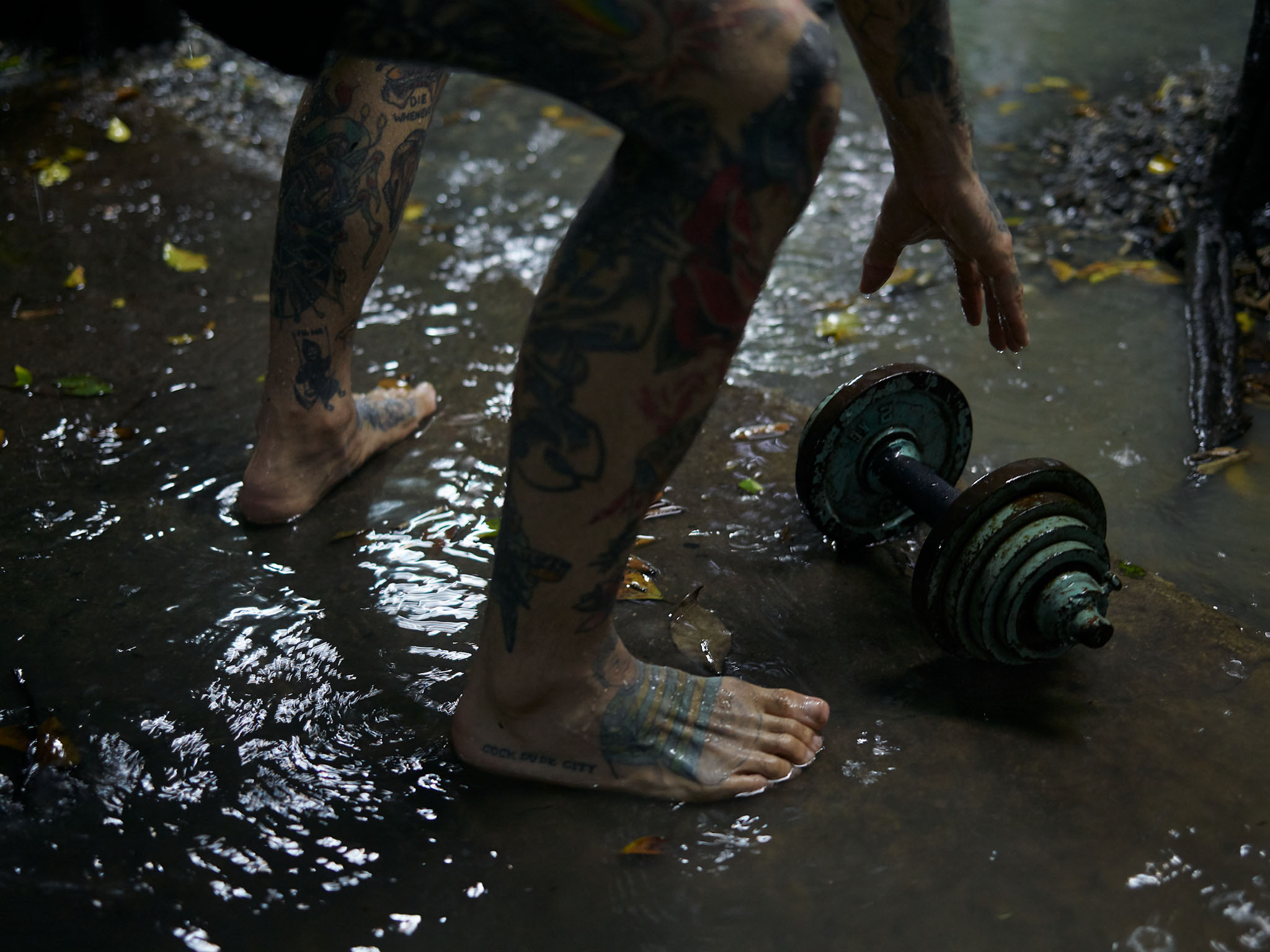 We ultimately paid less than a dollar to create these images. Given the elements of the shoot, and the events that led up to it, it’s almost like we were bound to capture it.

The second to last image is literally everything to me. Everything.

Such a nice story with incredibly bold result... Amazing location!

Serendipitous to say the least. I love how you seized the opportunity and worked through it to get one of a kind images. This is a great example of how an organic opportunity can authentically create what a planned production can only replicate. Kudos.

Love the whole project, the last image says it all.

2nd to last one esp

These are incredible. Couldn't have been better if were planned.

These are fantastic. Thanks for sharing. I love when a story comes together.

Beautiful work! I absolutely love the feel of these images. :)

Thank you Joey for sharing these, I feel so hyped and inspired by these. Well done.

As usual, exceptional ! thanks for sharing this personal work.
My fav is : wet clothe with Jesse in the background blurry .
Bravo Joey and regards from Geneva

Beautiful images and nice story. From what i read, you were casually walking the streets...so, i am assuming that you were just carrying a camera and maybe a few lenses? or did you also carry any sort of lights with you?